CEPEMA is a foundation that since 1989 has worked with education and rural development in the state of Ceará in northeastern Brazil. Through their education they want to encourage the original culture and the sustainable development of both the rural and metropolitan areas of the state.

CEPEMA’s work has been developed in collaboration with state and private organizations in Brazil. They also collaborate with a number of international organizations. CEPEMA has been working since 1996 to conserve the Atlantic rainforest and increase biodiversity. This is done in collaboration with farmers who grow organic coffee. This is a very successful investment as it also provides more jobs, improved health, increased income, increased gender equality and a reduced emigration from the area. CEPEMA is active in 30 municipalities and today reaches about 1000 smallholder families. Different parts of the development projects are aimed at men and women respectively. Many women in the area want to be educated to become involved in forestry work and learn to refine local produce, fruits, coffee and medicinal plants.

Save Caatingan
In the inland of the state, CEPEMA cooperates with small farmers who grow organically with agricultural methods that preserve the Caatinga forest. The aim is to increase biodiversity, rebuild the forest, create employment and increase income.

Organic farming and forestry
CEPEMA also works with young farmers from the Tremembé people to regain and strengthen the culture and identity of Tremembé. Here, too, the commitment is to encourage organic farming and forestry in the area. When successful, biodiversity will have increased while investment has provided more jobs, increased farmers’ income and strengthened food sovereignty *.

Hip hop and video
Fala Favela is a much appreciated project that supports different types of cultural activities while developing a social and ecological interest and commitment among young people from slums – so-called favelas. Through this initiative, CEPEMA wants to give young people an opportunity to develop their belief in themselves and express themselves through hip-hop, theater, video, music and photography. They also work with something called participatory TV, where the young people themselves are active which strengthens their self-confidence.

Ecology and health for young people in the big city
On behalf of the Brazilian authorities, CEPEMA also conducts education in organic farming in the city, gender issues and health advice. The education is aimed at young people from the working class in the suburbs of Fortaleza. Young people receive a useful education, but also contact with potential employers. The idea is that this can lead to a first employment in, for example, gardening, at a health care center or in an organization that works with health issues.

* Food sovereignty is a critical concept that emphasizes people’s right to healthy and culturally appropriate foods produced through sustainable methods and their right to define their own food and agricultural systems. 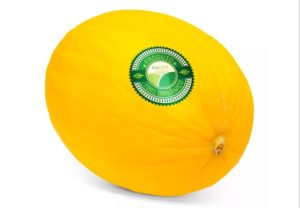 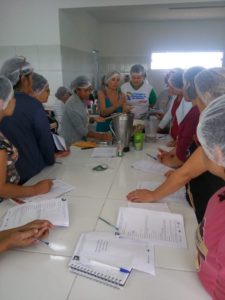